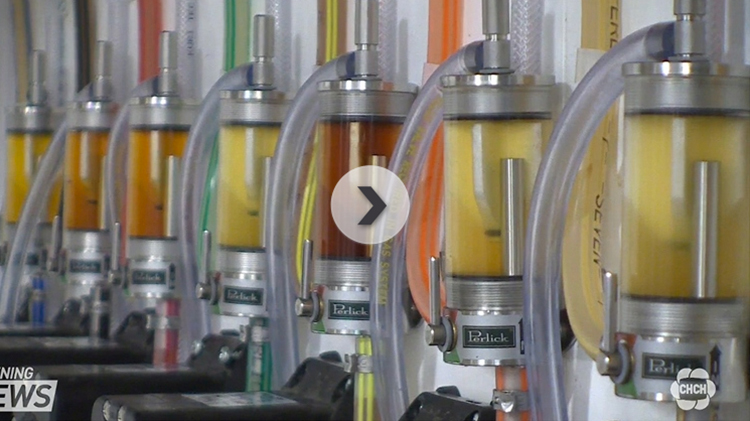 After more than two years of construction The Exchange Brewery in Niagara-on-the-Lake is officially open for business. The craft beer brewery is all about experimenting with new flavours and the business is already a hit with both tourists and locals.

Its been a long and drawn out process for Robin Redesic, who bought the heritage building back in 2013. “We hit an underground aquifer when we were digging, we had to do an archaeological survey, we had to get heritage approval.”

The building was once home to Niagara’s first telephone exchange. The original part of the building was restored, the basement was dug up and an addition was built onto the back making room for 5 fermenters, 8 serving tanks and over 30 wine barrels.

The building has 2 bars, a tasting room that seats more than 80 people and a retail store. The brewery has 6 beers on tap, but hopes to expand to more than 30 varieties by years end including hoppy IPAs and sour beers.